Shower Base Repair – Remoulding vs Relining 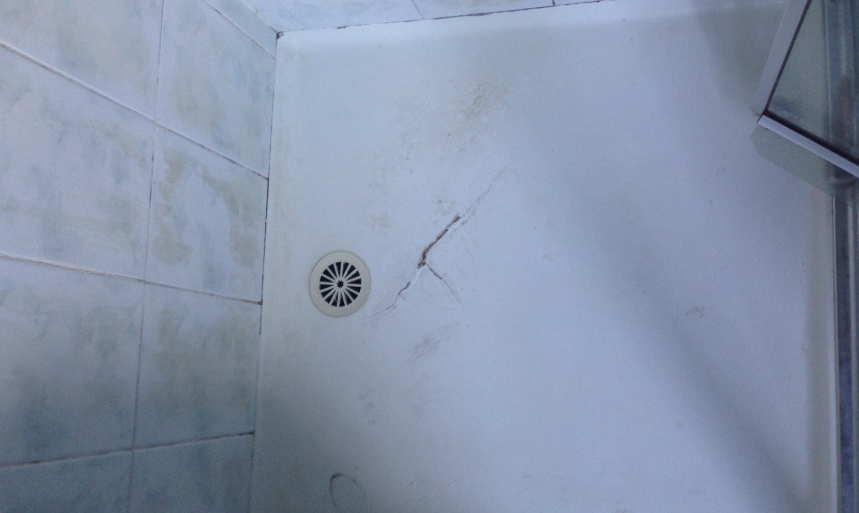 The shower is one of the most utilised facilities in any home. As such, cracked or damaged shower bases are a common issue in need of repair, particularly in some older Melbourne homes. Being such a vital service to all residential properties and many businesses, a cracked shower base is something that requires immediate attention.

Those looking for cracked shower base repair services in Melbourne are generally presented with two options:

With close to 3 decades experience in specialist shower repair services, Arthur from Shower Care has seen it all when it comes to cracked shower base repairs… and offers the following advice to home owners…

There are many companies in Melbourne who offer relining services as a cracked shower base solution… though Shower Care is not one of them.

While placing a new shower base lining over the existing damaged may seem like a quick and easy solution, in Arthur’s extensive experience, this options is not suited for long-term success. Often, the thin shell lining that is used will bubble and deform over time, and eventually peel up at the edges, or collapse in the middle.

Similarly, the filler used between the old base and the new base often doesn’t provide the support that is needed for rigorous everyday use over extended periods of time that shower bases incur.

The alternative to shower base relining is shower base remoulding… which can be seen as a more permanent solution to fixing the problem (not just covering it up).

The conceived disadvantage with remoulding is that it will take longer than relining, and put your shower out of action… however this is not the case with Arthur from Shower Care’s cracked shower base repair services.

With over 20 years experience in Melbourne shower repairs, Arthur has perfected the art of same-day solutions – using his unique procedure to achieve highest quality results.

Arthur starts as early as possible by removing existing grout or sealant, taps and fixtures, before completely resurfacing and priming the shower base mould, re-grouting and resealing with a flexible sealant… generally ready for use again that night!

Don’t fall in to the trap of looking for a Band-Aid solution to your cracked shower base issue, call Arthur today for professional, long-lasting solutions!